My essence historic series kicks off from being reminded of long discussion about rounds with my uncle and about the fights he looks forward to in 2017. Last weekend’s rematch of LSC and Frampton was one of them. And like a light switch I was violently pulled from staring at the burning dumpster fire that is our American life under Trump, and was reminded of what was cool about boxing. The laser focus of Leo to pull off such a disciplined fight from the veteran instinct Frampton used to sweep the first fight was inspiring. Leo was fast, crisp, purposeful and always in motion. It watching fights like these that makes the rounds fly by, suddenly looking up and realizing that there’s only two more rounds left. You could see Carl finding gaps and Leo momentarily getting caught in the same traps set in the first fight. The rematch ends, a third is instantly paid for, and I’m reminded of my uncle’s parting words of why he’d rather be pleasantly surprised than look forward to any fight in 2017.

“There isn’t a culture competitive heavyweights, and belts mean less since the change from 15 to 12 rounds”

To my uncle and many folks, the competitive landscape in the 70s and early 80s brought a sense of real urgency when the undisputed champion put his belt on the line for 15 rounds. Not only were matchups tantalizing in unpredictable ways, the flow of the fight has the potential to drastically change when months of preparation is culminated in the first round, the 12th round and the 15th round. A fella can change strategy, emotion, or simply get knocked in the mouth with heavyweight power. Since the time Ali roamed the land we’ve never seen a crop of legends sprout so high, and all on American soil. I guess if you got to enjoy that boxing period you would have to be crazy to compare that to today’s boxing. But was it because of 15 rounds or the period? I’m here to break down the context of the change. 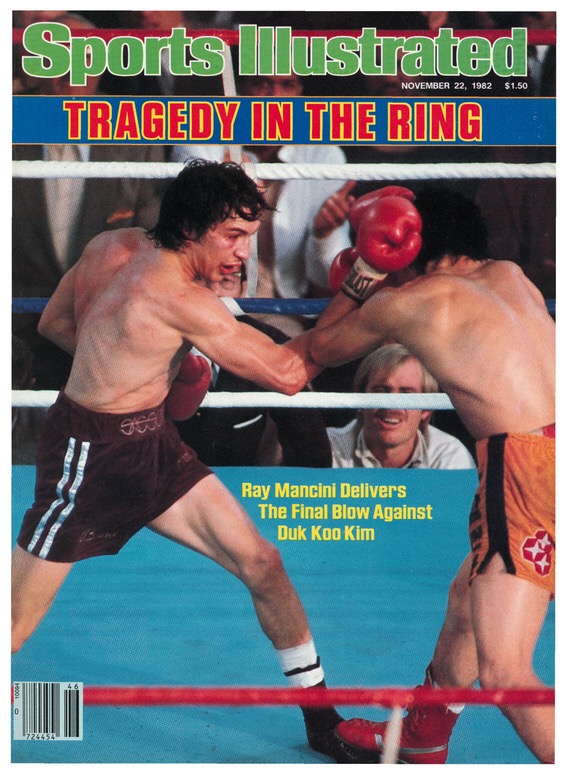 It was November 1982, and the headline above, “Tragedy,” set off a series of events that gave Jose Sulaiman no choice but to buckle against a jerk reaction from mainstream calls to end “barbaric” boxing. Rather risk further mainstream persecution Sulaiman took out his large brush and swept 15 rounds to twelve. Sulaiman actually also proposed 90 seconds between rounds but I presume critics were pleased with his sacrifice.

However, Mancini, from Washington, called the round reduction ”a farce” and said he preferred the 15-round title bouts. ”The W.B.C. has given in to the public and critics who have called boxing barbaric,” he said. ”I hope the W.B.A. does not give in.” – Dec 9, 1982. NY Times

“My reaction is one of happiness that a world organization is moving toward boxing safety by taking a first step,” said Dr. Ferdie Pacheco, the Miami physician who supervises many boxing matches and is a commentator for NBC. “But this (12-round limit) is no cure-all or panacea,” he said. “It will not stop boxing fatalities.” Dec 10, 1982. Washington Post

After looking back and looking forward, I feel torn. In that moment, boxing sport was being threatened. For leaders in the sport they love, I can understand why taking drastic action seemed so necessary for survival. Not only action, they needed symbolism. It needed a vote of confidence for the safety of boxers. Decreasing the total time boxers are at risk to get hurt was logical. (Of course people will say, “Of course!”) But will simple but sweeping changes address real problems with boxing injuries? Will it bring more attention to needs of the sport? Will it change the hearts of mainstream audiences that already thought boxing was barbaric?

In that sense I say no. The change arguably steals rounds from fighters like Scott Quigg, or Provodnikov (remember him?) which is unfortunate but probably for the better lest they want to be remembered as the one who got brain damage/broken jaw/black piss. What was good to revisit and remember is the context of the extreme mental toughness of fighters that prepared for all 15. That was a glorious time and it will and should be even more revered as so. But let’s not forget that our current amateur boxing’s finest brothers and sisters lace them up and prepare for each and every round as if it’s their last, and we have to recognize the risk and art of of doing it for 8 rounds as much as 4. (Protect yourself at ALL times.) There will be no shortage of golden moments in boxing so long as there is hope in great champions like Leo Santa Cruz and Roman Gonzales (though like our phones, I guess our champions are miniaturizing). Plus, as for boxing reform there are arguably bigger fish to fry (ahem, matchmaking, ahem). What I’ve learned in this segment of Essence Historic is the art of nuance in history. Seems like as we progress graceful nuance always trumps severe, irreversible, thoughtless, ignorant, reactions. Lessons learned from history.

So here’s to the future. I’m at peace with 12 rounds but we need more fights like Leo Santa Cruz V. Carl Frampton. Shit give Scott Quig a swing at it.

← Essence Historic: A series on boxing history and consequence
Angel Garcia: Boxing in the Era of Trump →
BoxStat Boxing Schedule