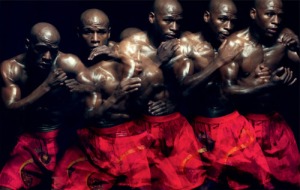 “They say, they never really miss you till you dead or you gone…”
-Jay Z

This past weekend the world witnessed one of the greatest fighters of all time put on a masterful display of technical boxing against one of this generation’s best fighters. And yet, what we’ve been hearing from most so called boxing fans and many in the mainstream media is how disappointed they were in the fight. How they expected more. How it didn’t live up to the hype. How Floyd was too cautious, Manny too timid, and how so called real champions…. (fill in your descriptions here).

I’m not going to make the case for Floyd Mayweather’s bid as the G.O.A.T (Greatest of All Time) or T.B.E (The Best Ever). The truth of the matter is no one reading this can objectively make that evaluation. Sure I have my opinion but that opinion is based on subjective evidence. That evidence being what I’ve seen, witnessed, heard and read. It’s my experience. I didn’t watch Sugar Ray Robinson, Jack Johnson, Rocky Marciano, Willie Pep, Joe Louis, Henry Armstrong, or Muhammad Ali fight in their prime. I’ve heard the stories, listened to the experts, and seen some of the old reels but there is no way me or anyone else can objectively evaluate and make that determination on which of these is the so-called GREATEST OF ALL TIME. They didn’t fight each other. They were in different weight classes. They trained differently. They fought with different rules and in different eras. Those who came later were influenced by those who came before.

I grew up watching Larry Holmes, Evander Holyfield, Roy Jones Jr., Pernell Whitaker, Lennox Lewis, Tito Trinidad, George Foreman (the 2nd go around), and Mike Tyson. My experience was shaped by sitting on my parent’s livingroom floor watching HBO’s Boxing After Dark, Pay-Per-Views and old VHS tapes my uncles and parent’s friends recorded and passed around. You see, my evaluation is shaped by that experience. So you can’t tell me that Roy Jones Jr. in his prime wasn’t the most exciting boxer ever, because I saw it with my own eyes. I watched him toy with opponents, avoid shots, then knockout guys with some crazy off-angle counter from out of nowhere. You can’t convince me of George Foreman’s grit because I watched a 45 year old Foreman come from behind on the cards to KO the 26 year old champion Michael Moorer. We can’t argue Tyson’s punching power or the fear he instilled in opponents because I watched him win fights in the staredown. (Sidenote: Mike was the only person who could make grown men spend $50 for what might only end up being 10 seconds of pleasure. Hell most prostitutes can’t do that. You paid for a vicious knockout and whether it took 10 seconds or 10 rounds, you left satisfied. Sidenote over) I can’t be convinced of Tito’s controlled aggression or Sweet Pea’s elusive defense. That’s not to make a case for any of these guys as the Greatest, it’s simply to provide a context for how I evaluate guys like Floyd Mayweather, Bernard Hopkins, Manny Pacquiao, Oscar de la Hoya, Juan Manuel Marquez, or Wladimir Klitschko. I’ve seen the tapes of Ali, Frazier, (young) Foreman, Louis, Johnson, Leonard, Duran, and Hagler but I didn’t watch them live. Most importantly, I couldn’t watch them without the knowledge of the influence they would have on future boxers.

If you never knew about the existence of a cellular phone and I gave you the iPhone 6, it would blow your mind. But if I then handed you the LG flip phone I used to carry in college, you’d be decidedly less impressed. That doesn’t take anything away from the flip phone (or the boxers I’m using for this comparison), it’s to communicate that one couldn’t exist without the other. Mayweather’s greatness was built on the foundation of men like Ali, Leonard, Hearns, and Whitaker. Now would we honestly argue that the LG flip phone is a greater cellular device than the iPhone 6? Compared to the Zack Morris Motorola…YES! But compared to the iPhone 6? However, the iphone can’t exist without that Motorola. Mayweather can’t exist without Ali…Ali without Robinson…Robinson without Louis…and Louis without Johnson. Boxing, like technology, and like all things grows and evolves. So when we look at Mayweather, we’re looking at the best of what that evolution has produced.

The old-school fighters trained differently. They fought more often. They competed for fewer belts. All of this is true but their greatness wasn’t recognized in their time, it came with people’s ability to understand how they built on the foundation of those who came before. This is why I make the case for recognizing Floyd’s accomplishments now. We forget how despised a fighter Ali was in his time. Both Black and White America hated the young mouthy Cassius Clay. It was only after a few years of inactivity (due to his stance against the war) that Black America gained a slight appreciation for him as a fighter. Let’s not even get started on Jack Johnson’s image (or his private life). While we’re talking about private lives, take a few moments to Google Sugar Ray Robinson. That’s who most boxing experts label T.B.E. right? The point of making these comparisons isn’t to slander any of these fighters or their legacy; nor is it to excuse the sometimes questionable actions of Floyd Mayweather. The point of the comparisons are to provide a context for how these individuals were viewed in their time and how time has allowed society to shift and in many cases change that perception. Sure, those fighters may have labeled themselves the best or the greatest but did the expert say so?

We don’t appreciate Floyd because it’s so easy for us to take him for granted. The casual boxing fan will never really like Floyd because he doesn’t charge into the ring like an uncaged animal and knock people’s heads off. That person is never going to appreciate the gifts a guy like Mayweather has. They said Johnson ducked his greatest opponents, Robinson hugged too much, and Ali ran. But after a few years of inactivity those voices got softer and the voices of appreciation got louder. So maybe in five or ten years, when it’s been awhile since his last fight, and he’s not in the media as much, and the guys he’s fought wrap up their careers and begin their induction into the Hall of Fame, maybe we’ll start to appreciate Floyd. Right now we don’t miss him. He’s too fresh. He’s too cocky. He’s too brash.

“If you can’t respect that, your whole perspective is wack. Maybe you’ll love me when I fade to black.”
-Jay Z