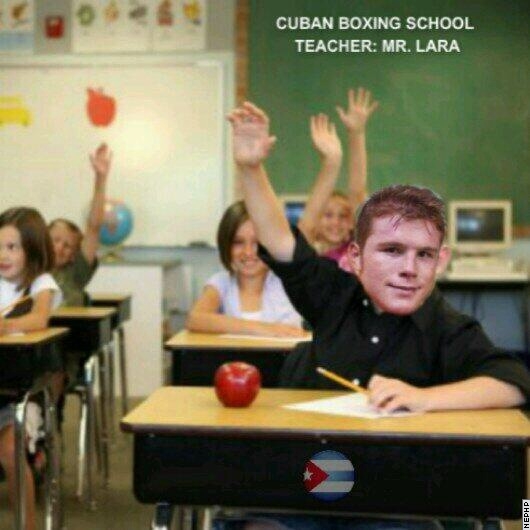 Finally! The match many have been asking for. Erislandy Lara has been demanding this fight, most recently stepping up to the podium post Canelo/Angulo fight asking Canelo to rumble with him in the ring. The fight between Saul Alvarez (43-1-1, 31 KOs) and Erislandy Lara (19-1-2, 12 KOs) is scheduled for July 12th at the MGM Grand in Las Vegas, Nevada. The fight will be a Showtime Pay-Per-View event, which will be worth it.

It is worth noting that Lara was scheduled to fight former IBF Champion Ishe Smith on the 2nd of May, but that fight has been officially scratched. Thank goodness, as that match up was nothing more than a filler-fight for a Friday night.

This fight, however, is huge for boxing. Lara has the style that can give Canelo trouble. He is the better boxer and will have more power than recent Canelo opponents. Think of Mayweather, how technically sound and smart as he is. Lara won’t bring that same level of technique and IQ, but he has both nonetheless and more so than Canelo. He also has experience at the Jr Middleweight division and will have that type of strength.

This is the kind of match-up that boxing needs. Canelo will have the opportunity to shut many critics up. He is the cash cow for Golden Boy Promotions, and being the cash cow comes with many privileges. Can Saul live up to the hype he currently carries? Lara will be on a mission to take his throne and establish himself as the Jr Middleweight to beat. Can he do it and back up his talk?

Rock, Paper, or Scissors? Boxing is all about styles. Canelo walked all over Angulo recently, yet he had a close fight with Austin Trout. Lara won a war in which he was dropped twice against Angulo, yet dominated Trout. When these two meet, we won’t know who is the Rock, Paper, or Scissor. What we know is that Canelo will look to establish his size and power. Lara will box and establish ring generalship to control the pace and attempt to outpoint Saul. This is what boxing is all about.

I don’t want to give too much credit to Golden Boy Promotions, but I do tip my hat to them for this one. It is a good match up. Top Rank should take down some notes out of the Golden Boy Promo’s book and quit the child’s play in saying we should boycott Mayweather/Maidana.