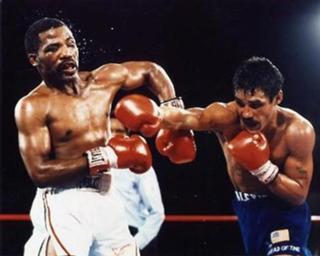 This guy is as classy as he comes. All the tapes I’ve seen of him even have him wearing indistinct, flat-colored trunks with his name on it, so simple. He even looks so tame, coming into the ring, honoring the ref, and the opponent before the bell rings. Even in the first rounds, as a slow starter, it would be a slow burn to get to the “esplosivo” part of his name.

The fight above referenced by Mr. Giudice is another excellent example of the “guts” post I referenced earlier. Rooney started fast, bobbing and weaving and showing how Mike Tyson really listened to his trainer. Body shots were plentiful from Rooney, and you could see Alexis’ eyes widening as if to say “whoa there” haha. But even then, in his slow-starting ways, you could see how he parries with the right, leads with the left hook, and circles to open up opportunities for his magical straight right, a punch Alexis could throw in his sleep. It always looks the same, and when it hits, you can see Rooney’s head SNAP.

Note: Check out trainer Teddy Atlas in Kevin’s corner! What a G.