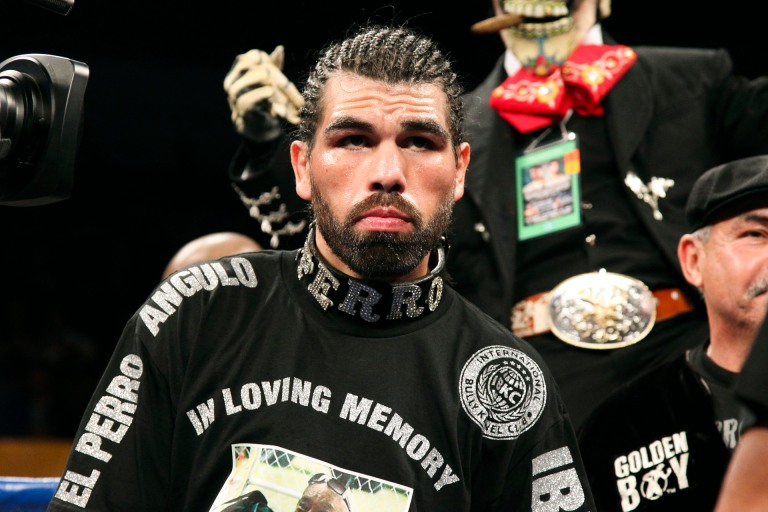 Elie Seckbach of ESNEWS reported that Alfredo “El Perro” Angulo does not have any broken bones from his recent fight against Erislandy Lara. Angulo was down on 2 of the 3 judges scored cards, but scored two knockdowns before he suffered a contusion around his left eye. This prevented him from seeing out of that eye and making him unable to continue in the fight. Lara was awarded with the TKO victory in the 10th round.

Both fighters came to fight. Lara demonstrated incredible form and condition after recovering from both knockdowns. Angulo demonstrated great stamina as he continued to pressure his rival. He was also smart in not punching himself out after hurting Lara on two separate occasions. Had this fight continued and Angulo scored a third knockdown, I believe that El Perro would have found a way to win that fight. The body work executed by Angulo was working and slowing Lara down. Lara was protecting his midsection, leaving his head open for deadly Angulo hooks. We won’t know for sure how things would have ended had the fight not been stopped. Two things are for certain, Angulo will see another day in boxing and an Angulo/Lara rematch should happen sooner than later.

Here is the official statement by Alfredo “El Perro” Angulo:

“I want to thank all of my fans for their support in the wake of my eye injury this past weekend. I have undergone various medical examinations which I am glad to report revealed no broken bones. California State Athletic Commission physician Dr. Pearlman Hicks has informed me that I only suffered a contusion and my eye specialist thankfully sees no permanent injury to my eye.

I want to thank all of you for the love and support you have given me the past few days. I would also like to congratulate Erislandy Lara on a great fight. I’m sad that I disappointed all my fans by not giving them an “El Perro” victory as I truly believe I was on the verge of knocking Lara down for the third time and winning the fight. The sharp pain of his thumb in my eye caused me to turn my back out of reflex and I could not see out of my left eye. I accept the decision made by the referee to stop the fight and look forward to getting back in the ring in the future. I will be back to give you a better show in my next fight.”