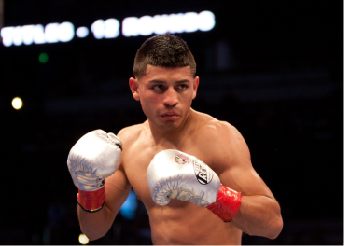 A surprisingly fast middleweight with great instincts, but unchallenged against a tough, Rios-like brawler that’s been tested many times, but coming up in weight as he’s a natural 154lb-er. The yet-unbeaten J’Leon Love will have to circle Rosado the brawler and punish him for coming in. Rosado is expected to come in and force a fight, and it will be interesting to see how J’Leon, part of camp Mayweather, will adjust. I have J’Leon coming out with the W with a decision and growing greatly from the fight. 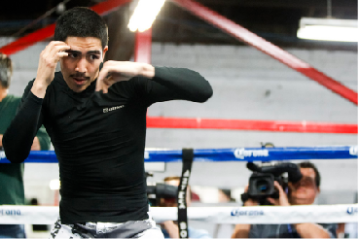 I really really like this kid, Leo Santa Cruz. I watched his fight against Vusi Malinga and although Malinga was busy, Santa Cruz always had his eyes on the prize and was connecting way more with beautiful combos on the inside. He’s got a great style that just rinses, repeats in my eyes, and is a young, undefeated fighter that doesn’t know how to lose, and has already went through many very good opponents in his young age. I have him winning against the experienced Munoz, especially as Santa Cruz is still growing while Munoz is like Montiel, very good at the weight, but will be outclassed by Santa Cruz’s youth, height, and leverage. I can’t wait to see the uppercuts on this kid. 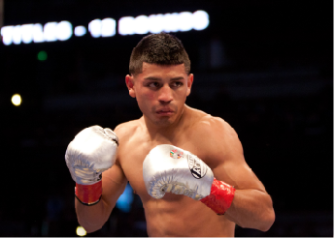 Maybe I haven’t been caught up with the Mares hype yet, or maybe I have too much respect for Daniel Ponce De Leon, but I dunno. Pre-main-even fight, too? I guess… Hah! Oh well, I have Mares, and he did impress me with his grit against Agbeko, but overall I feel like Mares is coddled. I’m eager to see how much he’s grown, because he will need it against Ponce De Leon.   I see this going the distance, Ponce De Leon was Arce before Arce. Mares should be able to outpoint him though.

Overall I expect a great night with all the above fights going the distance. It will be exciting!